Do you happen to have a 1987 VW Cabriolet and need to change your alternator? Well you came to the right spot!!

First, disconnect the battery. You don’t want to be shocked. I’ve taken 12 volts before it isn’t a nice feeling. 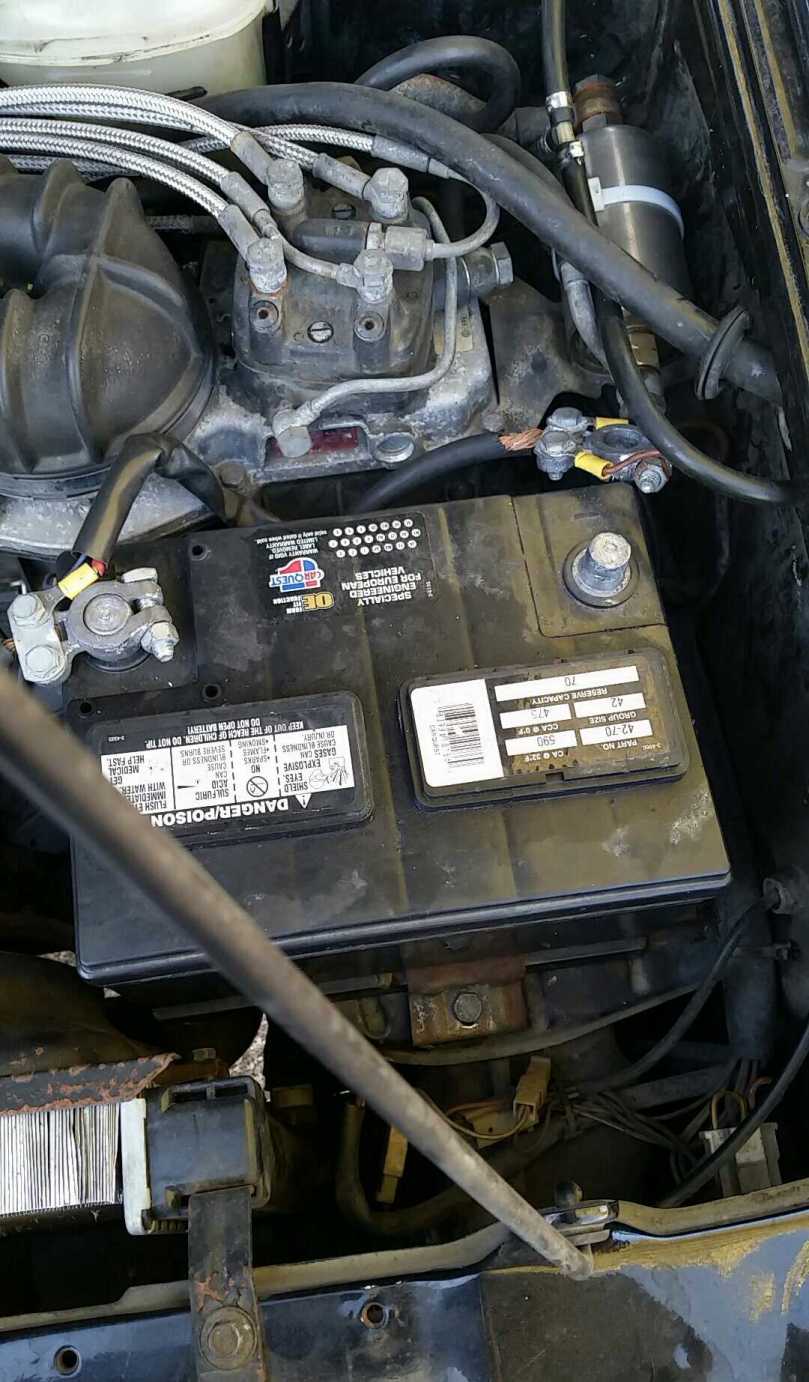 Then go over to your alternator. See where my finger is

I used an adjustable wrench, but you want to adjust the alternator so it shifts down. You are doing this to loosen the belt so you can remove it. There are 2 parts of the bolt I am pointing to. 1, the smaller one, is to remove the bolt. The second is the larger one and it moves it up and down the grated teeth so you can adjust the belt. I cranked it a few times so I could slip the belt off. I also went ahead and removed the bolt. I then removed the bolt at the other end of the bar to remove the bar. I wanted more room.

You can see the bar here 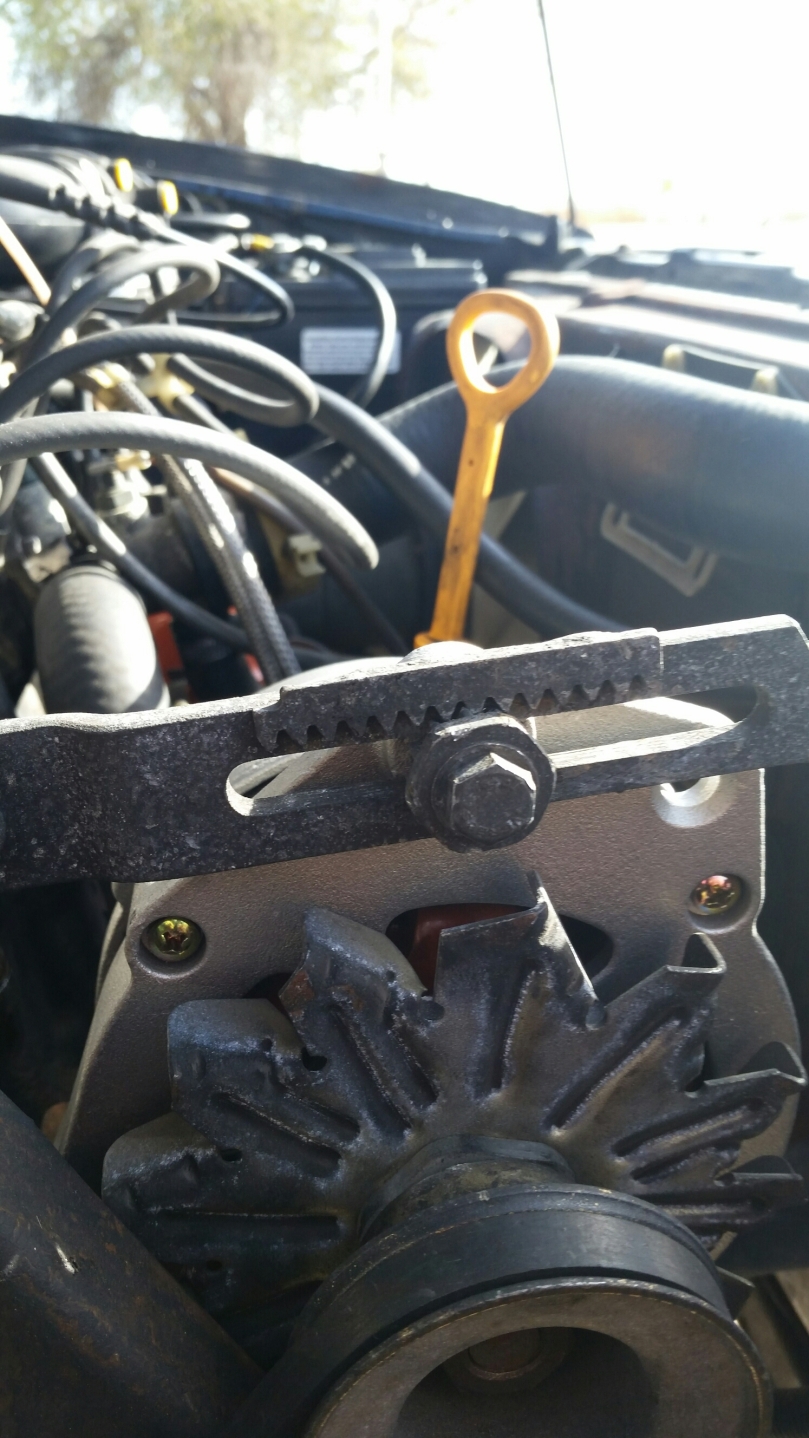 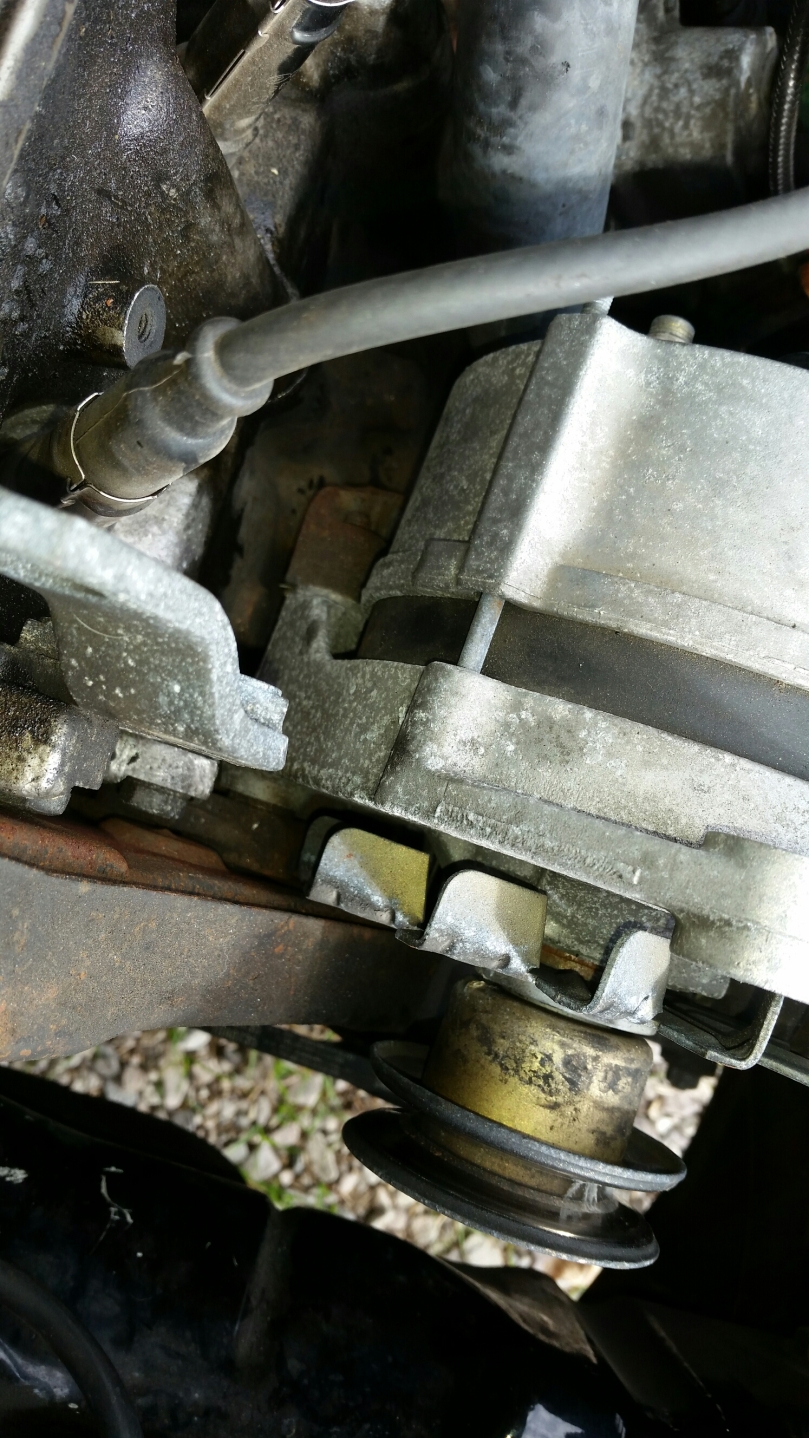 Now there is the part where I got stuck. I got this far without looking up how to remove the alternator. Cause I thought hey girl you so awesomely changed out the fuel pump on your own you can do this.

I wasn’t expecting after dealing with 1/2″ that they would throw in a 6mm allen. I was screaming at German technology at this point. This was the 1 thing holding me back from removing the alternator.

Oh the main bolt is here where my finger is

Ensure that you disconnect the alternator of it’s wiring before you remove it.
And tada you’ve removed your alternator.

I then went home and began tackling installing the alternator. The first thing I did was reattach the 6mm bolt. Since this is the base bolt it’s the bolt that holds in the alternator in place, you know so you don’t leave it on the road as you’re driving. I then reattached the bar. And then went to wire the alternator, and that is when I realized I had a problem.

The new alternator had different connections than the previous one. I had to rewire the exciter wire. Basically the ending needed to be changed from the circle ending to a female ending. My husband is an Electronic Engineer in the Navy and happens to be very techy. So he had the parts for me to do this. I snipped the circle off and then clamped the female on. I also happened to have shrink wrap that I had slid on before I clamped the new piece on.

I then slid on the belt. And adjusted the alternator so that the belt was tightened. Go through and ensure all of the bolts are tightened. Replace that negative wire back on. Start you’re car and you’re good to go.

Unless you’re me. Then you find out that the fuel relay needs to be replaced. Had to order a new one and wait a day. I also purchased a battery jumper because I found myself with a dead battery. The battery jumper allowed me to start my car without having to call someone. And where we live it takes a bit for anyone to come and help out.

I hope this was helpful to you. As I said I had a hard time finding information on this. This wasn’t my first time doing car repair but I do like to leave it up to my husband.