Recently I went to Savannah and visited my sisters.

My eldest sister wanted her formal wedding photos done so I traveled to Savannah as well as our other sister.

Savannah is known as the city that walks on her dead. My eldest sister told me stories of the haunting of several Savannah palaces. 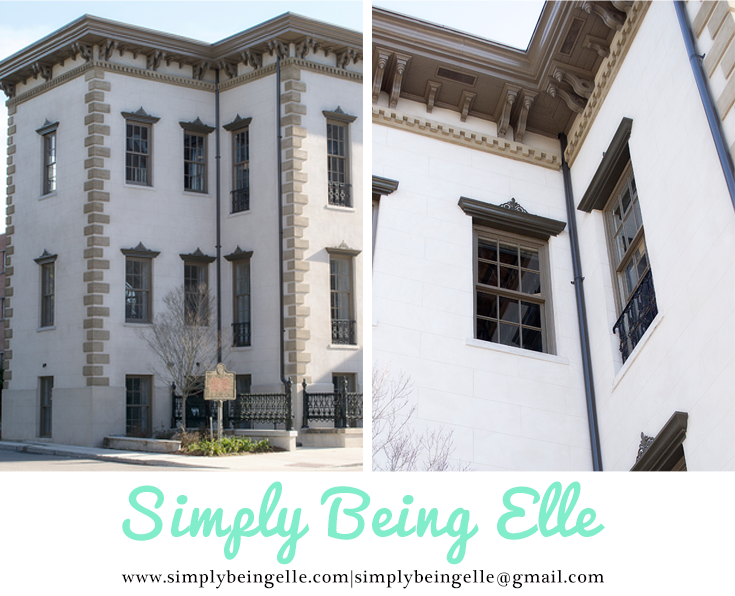 Above is the old Chandler Hospital which now holds the Savannah Law School. It is said that it is haunted. In the right photo according to what is said a nurse with a blonde bun and no face will appear. I have walked by the window several times and nothing.

So I went on to Colonial Park Cemetery. I mean it is considered one of the most haunted cemeteries. It wasn’t a far walk from where I was staying. And I had seen videos of proof of ghosts. I held hope.

I walked around the various places in the cemetery where I had seen ghosts in videos. And nothing.

I did walk on a lot of dead. You see in Savannah a lot of the property, including streets, are laid upon the dead. Like Button, his monument is above, is buried under a parking spot. There were some graves that were knocked over or altered, said to be done by bored Civil War soldiers.

I had fun in Savannah and thought I would share my ghost hunting experience with you. Which I didn’t find any. And I’ve been joking Savannah has me not believing in ghosts.

Have you seen ghosts in Savannah?